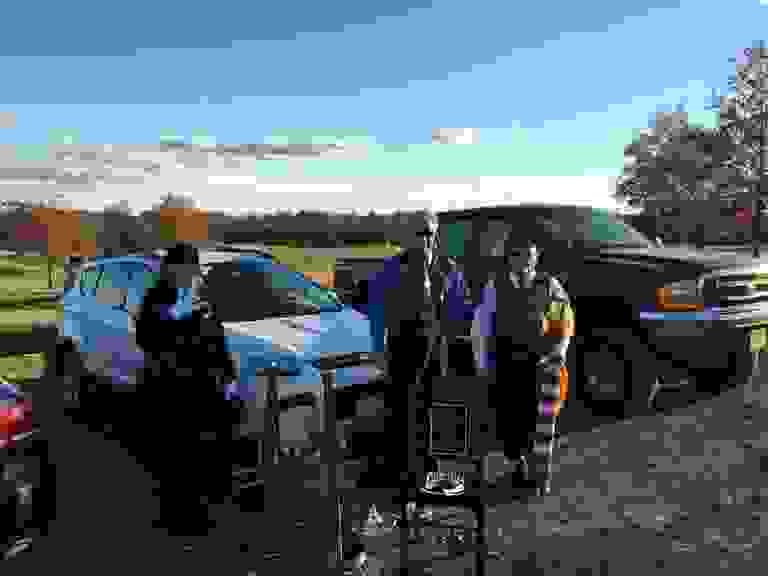 In addition to working collectively with the Montgomery Veterans Memorial Committee and Rolling Thunder National to bring the POW/MIA Chair of Honor Set to Montgomery and to Veterans Day 2016 - In an effort to build awareness beyond just Veterans Day - members of LANDSCAPE MARSHAL developed a pilot Travel Program.

The Set was displayed throughout Montgomery Township and beyond at various locations for the first year and then returned to Veterans Park on Veterans Day 2017. The Chair Set was then placed permanently at the Montgomery Township Municipal Building where it remains today.

MANVILLE - American flags were waving down Brooks Boulevard as the Wreaths Across America convoy arrived at the borough high school to much applause on Wednesday morning during its trip from Maine to Arlington National Cemetery...

The Chair Set was center stage for the Wreaths Across America Event.

After it's debut at the New Jersey Convention Center in 2017 - the Chair Set has been displayed there every year since.

The Chair Set travels today - often spending 3-4 weeks at any given location.

The set is available for events etc. to all. 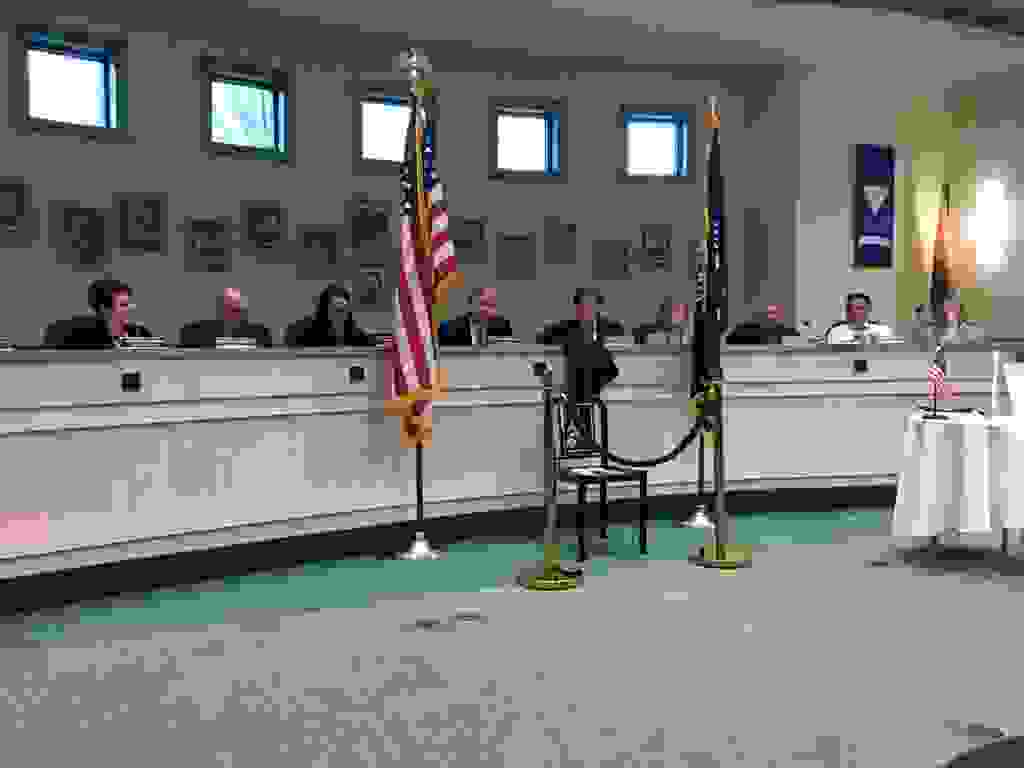 WHEREAS, the Rolling Thunder Inc. National is a non-profit 501C all volunteer organization which for over twenty-five years, has ministered to veterans of all wars, and continues to minister to those serving in our Armed Forces today; and

WHEREAS,  the Rolling Thunder Inc. requests a POW/MIA Chair of Honor Memorial be placed and dedicated at the Manville Municipal Complex; and

WHEREAS, the Chair of Honor is a black chair, an empty seat, with a plaque designating it to the soldier who has given the ultimate sacrifice, or held Prisoner of War, listed as Missing in Action, whose remains have not been recovered. New Jersey Rolling Thunder® National has dedicated Chairs of Honor at The New Jersey State House Capitol in Trenton, The Hunterdon County Justice Center, The Somerset County Administration Building, The Bridgewater Municipal complex, The Branchburg Township Municipal Building, Wall Township Municipal Building, Montgomery Township Municipal Building, The New Jersey Vietnam Memorial Museum (Holmdel), Rutgers University, and Princeton University. This past November Rolling Thunder® Inc. placed a Chair of Honor Memorial in the Emancipation Hall section of the United States Capitol building in Washington, DC.